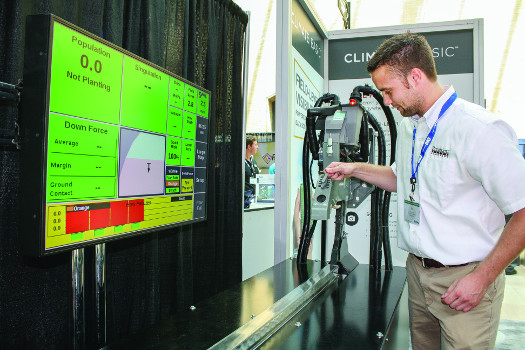 So, rather than use generic rates for inputs, farmers can achieve a better bang for their buck by varying seeding rates, and even hybrid types, in the same field, according to precision ag professionals at the 20th annual InfoAg Conference in St. Louis.

Why should farmers consider varying their seeding rates or hybrid selections in each field?

Variable rate seeding attempts to maximize the seed investment by adjusting seeding rates across small grids in each field known as management zones through the use of GPS-enabled equipment.

The addition of variable hybrid seeding allows farmers to take that approach to another level.

“Some lower performing areas you might want a defensive hybrid that will protect itself,” Schuler said. “In better areas of a field, you can have a racehorse hybrid that really drives yields in those areas.”

With high seed costs and tighter margins now than in recent years, variable rate seeding continues to gain traction as a farm strategy.

“Since 2005, our fastest growing area is variable rate seeding,” said Dan Frieberg, of Premier Crop Systems. “Growers love it because it’s a low-risk strategy and it’s so simple. The technology in the equipment does all the work.”

Farm data such as yield maps and soil types help farmers and ag professionals create management zones within each field.

“At some point as a grower, you realize you can generate a lot of maps. We want to get beyond the pretty map stage,” Frieberg said. “We organize the data and start to see relationships (between inputs and output).”

And it’s not just about boosting yields. The main focus of the technology for farmers zeroes in on the cost per bushel.

“Our end goal is a progression to the perfect recommendation (for seeding rates, hybrid selection and other inputs),” Frieberg added.