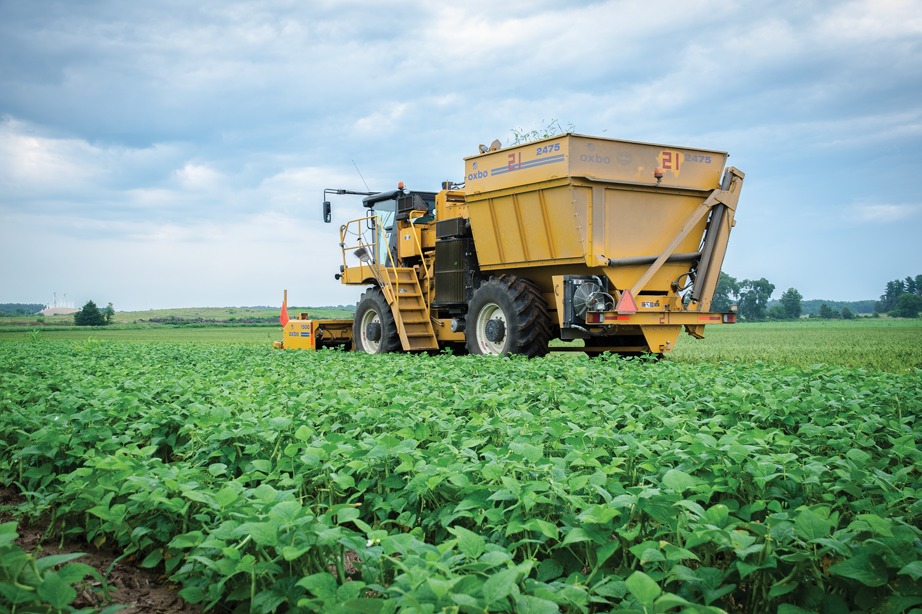 PHOENIX — Voting delegates at the 98th annual meeting of the American Farm Bureau Federation (AFBF), including 21 delegates from Illinois, addressed Illinois Farm Bureau’s (IFB) priority issues, including submittals to support the Veterinary Feed Directive, develop policy for the 2018 Farm Bill, and oppose farm drainage tile as a point source of pollution under the Clean Water Act, among others.

IFB delegates also were successful in adding language to support keeping the food and nutrition titles together in the upcoming farm bill. During policy debate, they also emphasized the importance of crop insurance and risk management tools, including crop insurance, in the 2018 Farm Bill.

“The farm bill discussion lived up to its expectation of a healthy debate,” Guebert said. “We in the Midwest and Illinois supported trying to make risk management tools a top priority in AFBF policy. The policy didn’t shake out exactly as we hoped, but we did get our voices heard with regard to the importance of crop insurance. In the end, we’re pleased with the direction of policy and with how the business session went.”

In addition to successful policy submittals, IFB President Richard Guebert, Jr., was elected to his second consecutive two-year term on the AFBF board of directors, representing the Midwest region.

Many of the 259 IFB members attending the AFBF annual meeting also participated in an impromptu call-to-action during AFBF President Zippy Duvall’s address. During the address, members contacted members of Congress in support of a regulatory reform bill currently moving through the U.S. House of Representatives.

IFB Young Leaders also took home national awards with Grant and Kristen Strom of Knox County winning the Young Farmer and Rancher Achievement Award. For taking home the top prize, Stroms won their choice of either a 2017 Chevrolet Silverado or a 2017 GMC Sierra. They also will receive a paid registration to the AFBF FUSION Conference in Pittsburgh Feb. 10-13.

“Our Young Leaders are a driving force in the Illinois Farm Bureau, and they’re the future of our organization,” Guebert said. “I’m so proud of all they’ve accomplished here at AFBF, and can’t wait to see what they accomplish in the future.”

IFB also received the New Horizon Award, which recognizes states with the most innovative new programs, for its Nutrient Stewardship Grant Program. The program, now in its second year, provides grant money to county Farm Bureaus and their partners to help emphasize and implement nutrient stewardship practices across the state.

Finally, IFB received the Scholar Award, the highest award given by the AFBF Foundation for Agriculture, for the greatest total donations among the largest state Farm Bureaus.

“This year, Illinois Farm Bureau raked in the awards, and it’s all thanks to our excellent members,” Guebert said. “From highlighting nutrient stewardship practices to engaging consumers in conversation, our members have worked hard for the recognition we’ve received this year at the AFBF annual meeting. I couldn’t be more delighted with our accomplishments, or more eager to see what our members come up with next year.”

The AFBF annual meeting took place January 7-10 in Phoenix. An estimated 5,000 people from 50 states and Puerto Rico attended, including 351 farmer and rancher delegates who voted on grassroots policies and policy amendments.