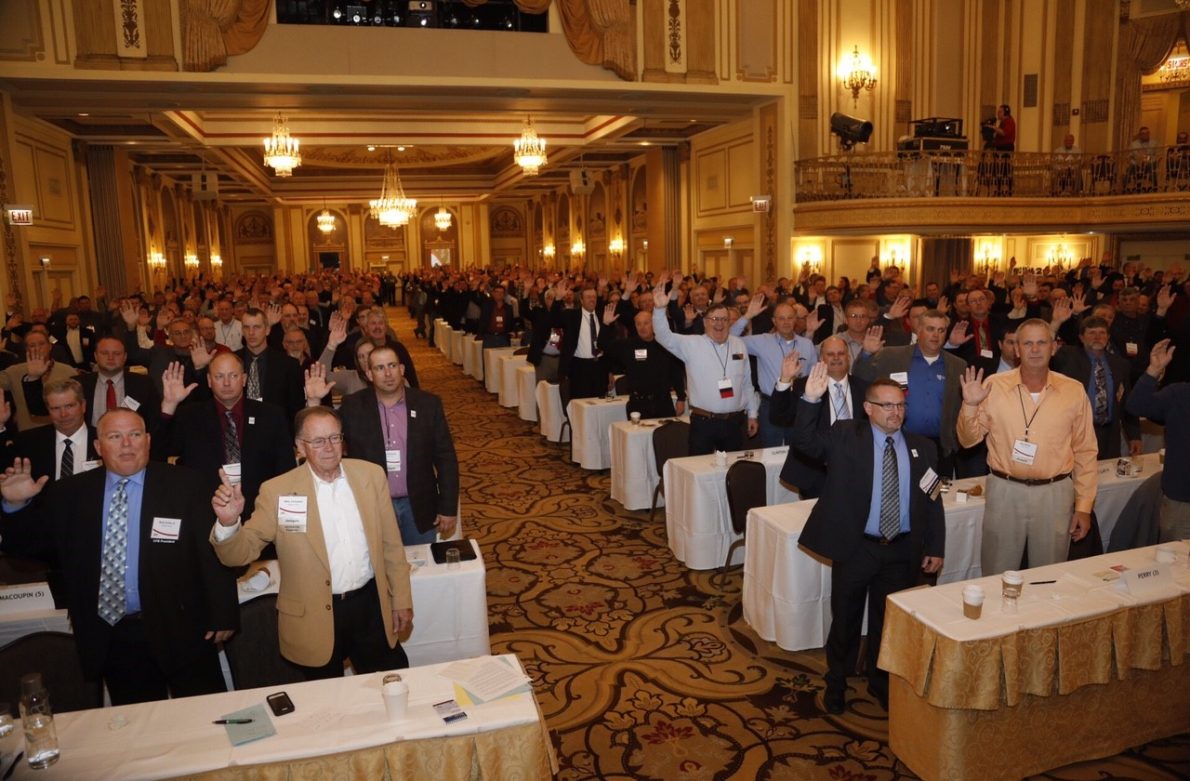 “Trade deals ensure we have a market for our products and help stabilize commodity prices, especially in times like these when prices are stagnant and farm income is dropping,” said Richard Guebert, Jr., president, IFB. “Unfortunately, President Trump and some of his senior trade officials don’t seem to understand the vital role trade plays in supporting farmers and farm families, as well as the economy.”

To underscore the importance of NAFTA, voting delegates to IFB’s annual meeting, which was held in Chicago Dec. 2-5, passed a sense of the delegate body resolution expressing their strong support of the 23-year-old trade deal.

“Twenty-eight percent of all Illinois exports go to Canada and Mexico – not to mention that NAFTA supports more than 30,000 Illinois jobs,” Guebert said. “It’s time the president dials back the anti-NAFTA rhetoric and gets serious about supporting American farmers and business by renegotiating the deal, instead of sabotaging the talks.”

IFB has been vocal in its support of NAFTA, asking members to call and register their support with Congressional representatives and visiting with elected officials. During the IFB Annual Meeting, members also participated in a call to action, sending more than 1,100 emails in support of NAFTA to lawmakers.

“Right now, farmers are operating at or below the cost of production, and this kind of action only raises our uncertainty level as we plan for 2018 and even further down the road,” Guebert said. “The desire to update NAFTA is certainly understandable and commendable, but complete withdrawal from NAFTA would decimate Illinois farmers as well as rural America.”