Statement from the Illinois Farm Bureau Regarding U.S. Senate Passage of the 2018 Farm Bill 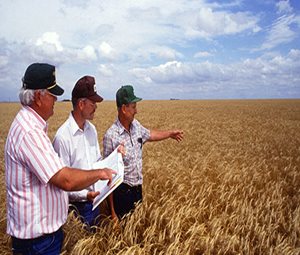 The following is a statement from Illinois Farm Bureau President Richard Guebert, Jr., regarding Senate passage of the 2018 farm bill.

“Illinois Farm Bureau is pleased the U.S. Senate completed its work on a farm bill and swiftly approved it on a strong bipartisan vote without harming the federal crop insurance program. Both Sens. Dick Durbin and Tammy Duckworth voted in favor of the bill, which passed overwhelmingly on an 86-11 vote.

“Farm Bureau members this week posted more than 250 messages on Sen. Durbin’s official Facebook and Twitter accounts to reinforce a message delivered in person Tuesday afternoon by myself and fellow Illinois Farm Bureau directors: Do not change crop insurance.

“We look forward to the House and Senate naming conferees and ask them to work quickly as the current farm bill will expire Sept. 30.”