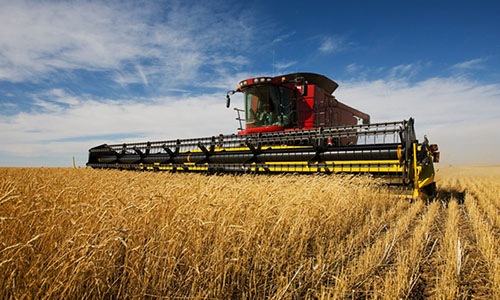 On Monday morning, President Guebert joined AFBF President Zippy Duvall and other executive committee members in a breakfast with Secretary of Agriculture Sonny Perdue. A discussion was held with the Secretary that focused on ways to mitigate the effects of the government shutdown on farmers. As a result of that discussion a Sense of the Delegate Body resolution was introduced and approved at the closing of the delegate session. The resolution focused on urging the administration and Congress to work earnestly and cooperatively to reopen the government as soon as possible.

“We were also were successful of the new policy opposing the creation of a federal vehicle mileage tax (VMT) which would tax motorists based upon the number of miles driven, “said Guebert.

And finally, Illinois delegates called on the AFBF Board of Directors to develop a national legal advocacy strategy that actively addresses legal or regulatory actions taken by governments, groups, or third parties that impact our members’ private property rights and production agriculture.

U.S. President Returns to Convention
On Monday, President Donald Trump spoke to a full house of convention attendees. He kept his promise to return to the convention after last year’s appearance in Nashville and was welcomed on stage by AFBF President Sonny Duvall and Secretary of Agriculture Sonny Perdue.

“President Trump returning to the AFBF convention reflects his interest in farming, and also what rural voters mean to him,” said Guebert. “The fact a sitting U.S. President addressed our members two years in a row shows Farm Bureau’s impact as an organization. The President called attention to passage of the 2018 Farm Bill, regulatory reform such as the Clean Water Rule proposal, and tax reform.”

“He wants to get USMCA passed and wants an agreement with China to help farmers in the long run,” said Guebert.

Guebert was re-elected for a two year term on the AFBF board representing the Midwest region.

“Our Young Leaders are thriving in the Illinois Farm Bureau, and they’re the future of our organization,” Guebert said. “I’m so proud of all they’ve accomplished here at AFBF, and I am energized by what they will do for this organization in the future.”
Illinois Farm Bureau received a New Horizon Award for their collaborative work on the Illinois Livestock Report. The New Horizon Award honors states with the most innovative new programs, and IFB received Excellence awards for Advocacy, Engagement and Outreach, Leadership and Business Development, and Membership Value.
Earlier in the day, American Farm Bureau Foundation awarded IFB with one of six Scholar Awards given to states with the highest total donations to the Foundation within their membership group.
Illinois county projects receive acclaim
Three different projects implemented by county Farm Bureaus in Illinois received County Activities of Excellence Awards at the convention. Knox County Farm Bureau’s Sounds of Summer program, Winnebago-Boone’s Making Sense of Food Labels program and a regional television commercial campaign organized by county Farm Bureaus in Scott, Pike, Adams and Hancock counties were among 24 projects recognized from counties across the country.
More than 6,000 people from 50 states and Puerto Rico attended the convention, including 352 farmer and rancher delegates who voted on grassroots policies and policy amendments.
The Illinois Farm Bureau is a member of the American Farm Bureau Federation, a national organization of farmers and ranchers. Founded in 1916, IFB is a non-profit, membership organization directed by farmers who join through their county Farm Bureau. IFB has a total membership of more than 396,000 and a voting membership of more than 78,000. IFB represents three out of four Illinois farmers.